"Everything affects everything because we are all bathing in the same field."
– Nassim Haramein 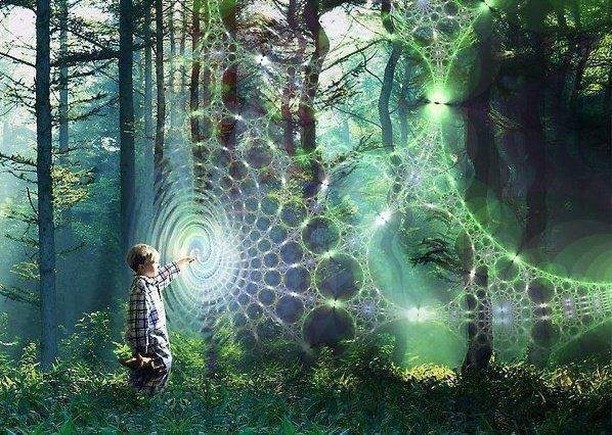 It has been ten years since I created this blog. I aimed to share information that, at the time, I felt most people didn’t know. It was powerful wisdom and knowledge on the principles of success, entrepreneurship, philosophies of life, success by bucking the trends, going against the grain of the masses, thinking for yourself, questioning everything, etc.

Years later, I began to see the knowledge was catching on. Being enlightened with wisdom was the “in” thing. Entrepreneurship, business, and investing started to boom. People were changing the world, both their own as individuals, and the outside world as well. Knowledge was spreading rapidly via videos on YouTube and social media. People were, surprisingly, reading a lot more too! You’ll see the progression if you think back.

I thought to myself, “okay, people are starting to get it!” So, I eased off the brand and blog to pursue other ways to help people.

But here we are today. We face even more division in our world. That’s not it, fam.

I meditated on this for a while, and I realized there are levels to it [the universe and reality]. There needs to be balance. The world is swaying too much in one direction, which’s too much about individualism and segregation. Me versus you. Us versus them. Color versus color. Religion versus religion. Religion versus science, etc.

Success and wealth are more than material gains.

So, I’ve decided that I’d restart this blog and share some information. It’s information not just from me but also from other great people who are changing the world on an entirely different level.

The movement and lifestyle continues.

So be sure to follow us on IG, FB, or sign up for the LODB newsletter below for new post notifications, updates, exclusive gear, new releases, and limited deals.

We’ll see you around… It’s good to be back!

“Man’s general way of thinking of the totality, i.e. his general world view, is crucial for overall order of the human mind itself. If he thinks of the totality as constituted of independent fragments, then that is how his mind will tend to operate, but if he can include everything coherently and harmoniously in an overall whole that is undivided, unbroken and without border then his mind will tend to move in a similar way, and from this will flow an orderly action within the whole.”